Jaggard Macland were delighted to have assisted the landlord to secure a fantastic new commercial tenant! 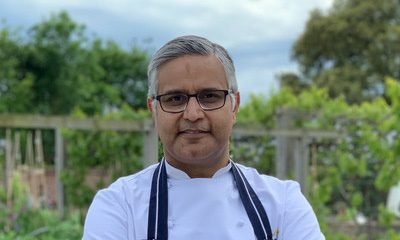 Jaggard Macland LLP are excited to welcome Atul Kochhar - twice Michelin starred chef – to Beaconsfield. Atul opened his new restaurant “Riwaz” on February 16th after a total transformation of the property that will delight diners.

When Zizzis went into administration, the owners of 41 Aylesbury End, Beaconsfield needed a solution to their complicated property problem. Jaggard Macland LLP were delighted to have assisted the landlord to secure a fantastic new commercial tenant - Atul Kochhar.

The loss of a commercial tenant is always a major issue but we were able to secure the return of the property from the administrators and with the help of KLM Real Estate, lease the property to a very good new tenant.

This was a complicated series of transactions on a distressed Listed Building in a sensitive location, but the new restaurant has been building beautifully refurbished and brought back to life. The property has been completely transformed into a contemporary Indian restaurant in Atul’s signature style.

Atul earnt his first Michelin star at Tamarind restaurant in 2001, then opened his own restaurant, Benares in London’s Mayfair, in 2002, which earned him a second Michelin star in 2007. Since then, the chef has grown his restaurant portfolio, opening several award-winning venues including: Sindhu in Marlow and Hawkyns in Amersham in Buckinghamshire and Indian Essence in Petts Wood, Kent.

Jaggard Macland can assist with the leasing or disposal of retail, office or industrial property throughout South Buckinghamshire, including Beaconsfield, Amersham, High Wycombe, Gerrards Cross and The Chalfonts.

If you would like to discuss any property issue or our extended range of services, please get in touch.